Jeffrey Chand, RAc. Dipl. TCM is a Registered Acupuncturist and has been in practice since 2000. He is a licensed member of the College of Traditional Chinese Medicine Practitioners and Acupuncturists of BC (CTCMA).

Jeff is based out of Victoria, British Columbia, Canada. He was born and raised in Edmonton, Alberta, Canada and began his education at the University of Northern BC in the biology program. He then studied at the International College of Traditional Chinese Medicine and completed a four year Diploma in Traditional Chinese Medicine in 2000. Jeff was exposed to eastern philosophy from a young age through years of study in Tai Chi, martial arts, and Qigong.

Jeff spent time in Taiwan where he worked in a hospital that integrated Western and Eastern medicine. Here, he furthered his study of acupuncture, herbal medicine, and traditional Chinese Medicine.

While in Taiwan, he had the opportunity to study with very high level Qigong masters. He spent several hours every morning learning and studying Qigong with various teachers in the peaceful city parks.

While some teachers were hesitant to teach a “foreigner” Jeff won their favour in time, mostly because he learned to speak Mandarin and was always willing to be a volunteer for their demonstrations!

During this time he focused his study of Qigong on the medical applications for preventive health and treatment of chronic illness. Through this experience, Jeff was inspired to shift his own approach to health care.

Jeff uses Traditional Chinese medicine, acupuncture, modern integrative medicine, and Qigong to find a blend of healthcare and healing that are two things – effective, and enjoyable!

He wants people to feel empowered and proactive about their health and well being. Jeff provides his patients and Communi-Qi members with health information and ‘tools’ they can use in their own daily lives. Of course, one of his favourite ‘tools’ is Qigong!

Outside of his clinic work, Jeff helps people to improve their health through Qigong workshops and health-related lectures. He believes in sharing the concepts of TCM and has taught continuing education courses to other health professionals. He is known for his comprehensive knowledge and ability to encourage and inspire! He created this website to spread the word about Qigong and make it accessible to more people.

In his spare time Jeff is an avid runner. He has completed several marathons including a six day 250 km ultra-marathon across the Sahara Desert through an international event called ‘Racing the Planet.’

When there is no one in close proximity Jeff has been known to sing and play guitar, and piano! He creates some of the music that is in the background of the Qigong videos! 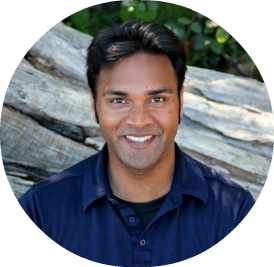